SHOOTINGS, MAYHEM AND GUNS AT THE BEACH: Over the weekend of June 10 to 14, 2021 the thugsters of PG and Baltimore came to Ocean City and brought their guns, not their sand buckets and shovels

NATIONAL HARBOR, MD. – Prince Georges County Police monitoring and recording a group of outlaw ATV riders were able to get a close look at one specimen of special scum when he crashed into the rear of a police cruiser.

Police say that on Sunday July 7, 2019, around 3:00 p.m. patrol officers assigned to the Harbor Unit at the National Harbor observed a group of 10 – 15 ATVs and dirt bikes in the area of 100 Monument Avenue. The riders passed the officers, revving their engines, popping wheelies and driving recklessly through traffic.

Patrol officers followed behind the ATVs and dirt bikes with their emergency lights activated in an effort to record the riders’ traffic violations.

Prince Georges Police say that their officers maintained a safe distance as the riders’ illegal driving behavior was placing other motorists, officers, and the riders themselves at risk.

As the narcissistic and daring punks and thugs on the ATV began to surround the police vehicles as the officers were driving along Monument Avenue.

Police say that one of the officers slowed down and began moving towards the side of the road to stop so he could allow a group of ATVs and dirt bikes to pass. One of the riders, 23-year-old Marlon Alexande Escobar-Lopez (DOB 04/13/96) of 4412 Cimarron Lane, Fort Washington, popped a wheelie behind the officer’s vehicle and collided into the rear bumper of the stopped marked police cruiser, which threw him off of his ATV.

Officers immediately attempted to assist Escobar-Lopez, but he began to run away. Officers on the scene quickly caught up to him and placed him in custody. Other ATV and dirt bike riders began to surround the officers yelling and videotaping the officers on their cell phones.

Additional patrol units were called to the scene for assistance. As they arrived, the ATV and dirt bike riders fled, as typical of yellow cowards, and drove recklessly on the wrong side of the road, rode on sidewalks, and then exited the National Harbor via 295 towards the District.

Nashville Police Officer hit by Outlaw ATV and was dragged

Riding ATVs and unlicensed dirt bikes on county roadways and highways is illegal. PG Police continue to ask any resident who witnesses the illegal operation of ATVs or dirt bikes on public roads to please call 911.

This wasn’t the first rodeo of the gangs of outlaw ATV and dirt bike riders in National Harbor as a similar event took place in 2017 and regularly in Washington, D.C. where political leaders prevent police from taking any effective steps to collar, corral and eliminate the roving gangs of lawbreakers.

But the politicians in DC have taken strong action dealing with plastic straws.

While many cities across the nation continue to be swarmed by gangs of ATV and dirt bike riders terrorizing neighborhoods, New York City has instituted a policy of discovering, apprehending, confiscating and crushing hundreds of the ATV’s and dirt bikes, turning them into scrap metal.

FROM THE NEW YORK POST:
It was demolition-derby time for Police Commissioner Bill Bratton on Tuesday.

The city’s top cop made good on his promise to destroy dozens of ATVs and dirt bikes seized during illegal rides through the city, while they’re stored in garages or during Craigslist sales.

As Bratton waved a traditional black and white checkered flag, two bulldozers revved up and crushed a total of 69 colorful dirt bikes and eight four-wheel ATVs neatly lined up in the NYPD’s tow pound on Columbia Street in the Red Hook section of Brooklyn.

“We want to send out a very strong message to the nitwits and knuckleheads who insist on operating these illegal vehicles on the streets, sidewalks, parks, and housing developments of the city of New York, creating extraordinary danger not only for themselves but more importantly for the public,” said Bratton after the crushing.

“They are illegal. They cannot be registered to use anywhere in the city of New York. And thus, they’re now in the junk heap in back of us,” Bratton said, adding that last year the two- and four-wheel motorbikes caused five deaths in the city.

1 thought on “PRINCE GEORGE’S POLICE BEAT: Swarm of District thugs on ATV’s taunt police in rumble ride thru National Harbor with dangerous antics; Marlon Escobar-Lopez, ran into the rear of a police car”

This site uses Akismet to reduce spam. Learn how your comment data is processed.

MARYLAND STATE POLICE BEAT: Trooper used dash cam to flush Badger from his hole and into cuffs for fleeing on an illegal bike 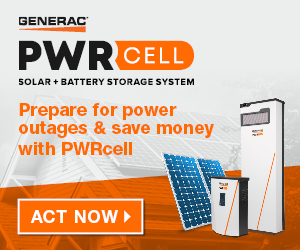 THE STORY OF THE RAG

AMATEURS of Crime in PG County

The Case of The Cavalry Called Out to Catch Horsey

All Crime, All The Time

THE CRAVEN – The Case of The Pampered Home Invader

The Case of the DIMWIT DRUG DEALER

Winter Tornado on the Potomac

Rioters Tear Down Columbus Statute in Baltimore, Dump it in Harbor While Police Watch

Dedicated to Our Readers

All Crime All The Time – in the Chesapeake region of Maryland, Virginia & Delaware

Go to mobile version
We use cookies to ensure that we give you the best experience on our website. If you continue to use this site we will assume that you are happy with it. This website is not intended for users located within the European Economic Area.Ok